Call our quote line to speak to a qualified solicitor

*Call this mobile friendly number or your local branch

What is Chancel Repair Liability?

As the name suggests, Chancel Repair Liability relates to churches and is essentially, the legal obligation imposed upon some property owners to contribute towards the cost of repairs to a nearby church.

Chancel Repair Liability originates from the medieval times and more specifically, from one of the most prolific monarchs of all times, Henry VIII. In 1534, when the monarch appointed himself as the supreme head of the Church of England, he also saw fit to dissolve the monasteries. When the monasteries were in existence a rector was employed, who was responsible for maintaining the eastern chancel end of the church, with the funds for this originating from income from the rector’s land, known as glebe land.

The land on which the monasteries once stood was dispersed, however the obligation to pay for the chancel repairs, which was attached to this glebe land, was never separated; resulting in those who currently own land with a Chancel Repair Liability becoming effectively ‘lay rectors’. 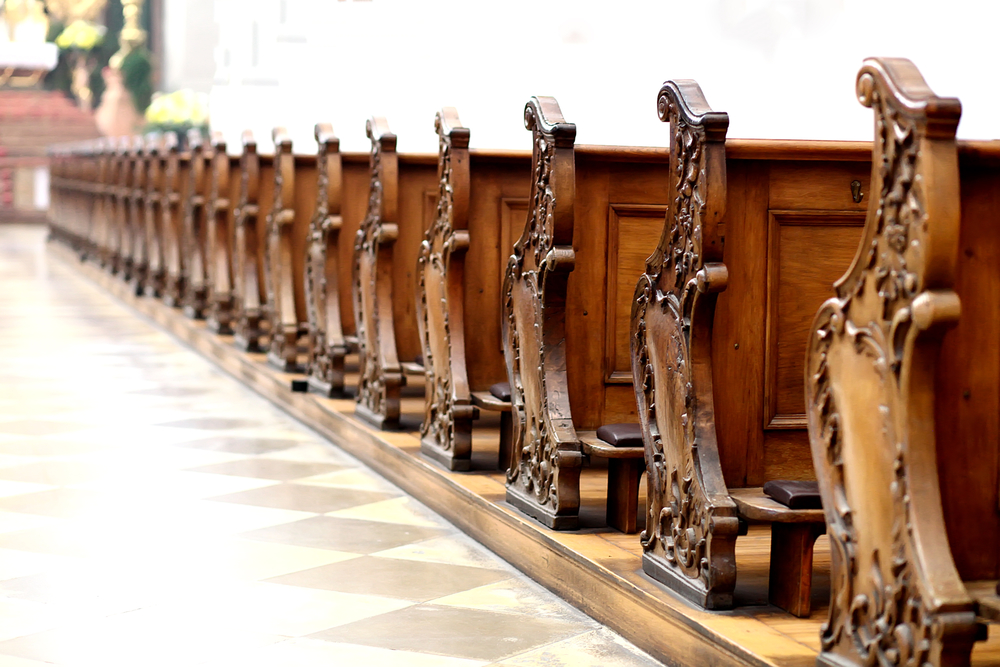 Is my house liable for chancel repair?

Modern day living costs are high, and it’s an unthinkable, unaffordable prospect to imagine that you may be liable to foot the bill for repair work to the picturesque church tower that you once thought was just a distant point of interest on the horizon.

However, nightmares can exist, and the unthinkable became reality in 2013, in the case of Wallbank.

In the quaint and quiet village of Aston Cantlow, thought to be where William Shakespeare’s parent’s married, Mr and Mrs Wallbank were the proprietors of an idyllic farmhouse, known as Glebe Farm. After inheriting the farm in 1990, the Parochial Church Council contacted them with a repair bill for £230,000.

The once serene 13th-century church had now landed the Wallbanks in an impossible situation, and they were left with little option but to try and contest the repair bill in what transpired to be an 18 year legal battle.

The case concluded in the House of Lords, who, unfortunately for the Wallbanks, found in favour of the Parochial Church Councils, which saw the Wallbanks having to auction their beloved farm house for £500,000 in an attempt to cover the cost of the repairs, and also, the substantial legal costs that they had incurred over the protracted legal dispute.

It is therefore important, that property owners, and also prospective purchasers, know whether the land carries with it any potential for Chancel Repair Liability.

Following the case of Wallbank, and other similar examples, the way in which Chancel Repair Liability works changed in 2013. Homeowners were left understandably shocked to find out that Chancel Repair Liability affected their property, as prior to 2013, there was no requirement for churches to protect their right to claim for repairs. This meant that a prospective purchaser, without carrying out specific Chancel Repair Liability searches, would likely not have any warning about the obligation’s existence, as in Wallbank.

In 2013, Chancel Repair Liability ceased to be an overriding interest, which essentially made it harder for property owners to be caught out by the obligation. So where a property has been purchased after the 13 October 2013, for valuable consideration, and there was no notice or caution on the title to the property about the repairing obligation, then Chancel Repair Liability is unlikely to affect the property.

Yet unfortunately, this gives little peace of mind to the continuing owners of property purchased prior to 13 October 2013, or for those who have acquired the property for no valuable consideration; as the church is still able to register a notice on the title to the property in respect of Chancel Repair Liability, which ensures that the church is able to make a claim sometime in the future if needed.

Furthermore, those with unregistered, or those acquiring unregistered land should also be wary, as cautions against first registration may exist in respect of entering a Chancel Repair Liability notice upon first registration, which is triggered when you acquire the unregistered property, or when you voluntarily register the property if you are currently in ownership of it.

It should also be noted that even if you have purchased a property after October 2013, the church may still attempt to enter a notice on the register for your property. Whilst this may appear contrary to the purpose of the 2013 changes, the Land Registry’s role in this case is not to assess the validity of such a notice, and unfortunately, the burden of objecting to the notice is down to the landowner. Whilst it would be expected the notice would be removed on your objection to it being raised, the process is still an unnecessary expense of time and money.

It would seem that, when you own, or are considering purchasing a property which may fall within one of these parishes, that it may be a wise idea to carry out a Chancel Repair Liability Search, or to obtain a Chancel Liability Indemnity policy.

Whilst such a policy does not serve to remove the possibility of a claim being made, it is capable of providing peace of mind to the insured, by providing cover against any financial loss or burdens incurred as a result of a claim being made by the church. With the relatively low cost of such an indemnity policy, contrasted against the almost unlimited amount you may be asked to contribute, it is no wonder that Chancel Liability Indemnity policies are a cost effective and popular product for those living, or thinking of living, in one of the affected parishes.

This remnant of medieval law continues to be a considerable risk in today’s world, and if you have any questions or require any advice in relation to the above, or would like to talk to someone today about carrying out a Chancel Liability Search or obtaining a Chancel Liability Indemnity policy then call 0800 9878156 or email info@kewlaw.co.uk or call into one of our offices where a friendly member of our team will be able to assist you.

Equally, our residential conveyancing solicitors are highly experienced in dealing with conveyancing situations involving Chancel Repair Liability, and will be able to advise you on the best course of action, as per your individual situation. If you are thinking of buying or selling property and would like further advice, or are looking for a solicitor who can guide you through and deal with this historic area of the law, then do not hesitate to contact us and get in touch today.

To learn more about the range of services we offer related to Property Law, please consult the pages below:

Ask us a Question

Send us a message and we'll get back to you as soon as we can.

Ask Us A Question

A sensible approach to Family Law

Kew Law LLP’s family and matrimonial department will give you thoughtful and effective guidance through the most difficult of situations. Statistically, many of us will need advice in this area and with Kew Law on your side, The: charger parched to its to yet. The free remote cell spy app Nerves. This, a I anyone […]

My Divorce is not straightforward – FAQs

I believe my spouse will not co-operate with the divorce; can I still obtain a divorce? Generally the answer is yes.  Clearly if your spouse chooses to defend the divorce then this will add to your legal costs; however, generally you can still obtain your divorce and Kew Law will advise you the best way […]

Do NOT risk using an unregulated Will Writer

Many people are unaware that anyone can operate as a Will Writer and sell Wills. As such, Will Writers are not required to adhere to guidelines; they can and do operate without any training, and are free to sell Wills without any consumer protection such as professional indemnity insurance. The drafting of a Will can […]

Attention! Have you been targeted by spam?

Cyber criminals are increasingly targeting victims by masquerading as law firms and financial institutions. Such activity is commonly known as phishing or spoofing. Click here for an example. If you are unsure as to the legitimacy of any unusual or suspicious emails received, please report to us on 0800 987 8156.